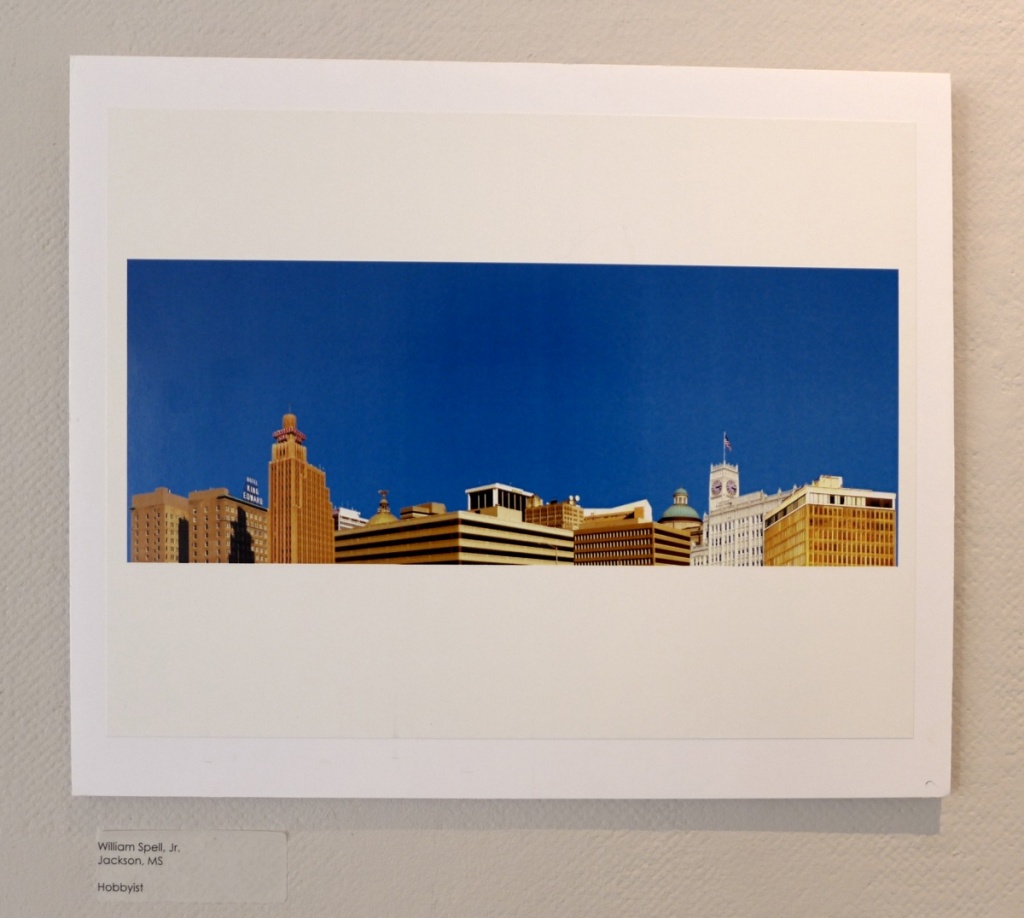 “City Skyline”, my composite photograph of the Jackson, Mississippi skyline, is on display at the Arts Center in downtown Jackson. Submitted in the Sky Through My Eye photo contest, “City Skyline” hangs alongside other entrants through the end of February.

Composed of three sections, “City Skyline” contains elements from buildings impossible to see from a single perspective but nonetheless in approximate relative position. The image is partially retouched in editing and digitally painted to remove unwanted elements such as wires and tree branches in the lower portion of the buildings.

I have congratulated Arash Ghahramani, the winner in our category, and do so again here. Mayor Tony Yarber presided at the Awards Ceremony and noted the prevalence of many fine photographers in the Jackson metropolitan area.

Begin typing your search above and press return to search. Press Esc to cancel.